That's quite a NEWS - Windows has announced soon we can run Ubuntu Bash and apps on Windows 10 Anniversary Redstone Build 14316 update due in July 2016.

This will surely excite Windows users.

If it works smoothly it simply means:

Still Windows has not release this update but has given the steps:

4. Search for "Windows Features" in search bar of "Find a Setting" placed at right-hand side top corner.

5. Check the option "Turn Windows features on or off" and enable "Windows Subsystem for Linux (Beta)". 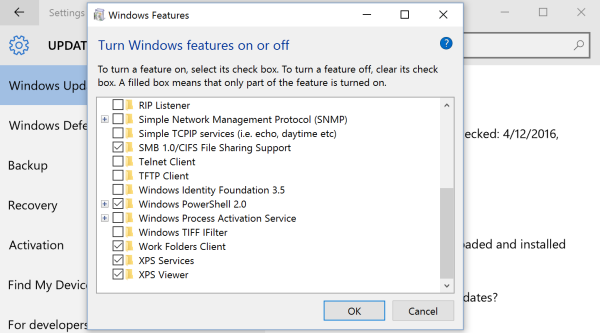 Please note - so far my laptop OS is not updated with Windows 10 Anniversary Redstone Build update 14316 hence the option for "Windows Subsystem for Linux" is not present in the list above, otherwise it should be displayed right there.

This will always be regarded as a big leap from Microsoft to have a support for Linux based features - is it inclining towards an open-source version of Windows in near future ?

What this doesn't mean ?